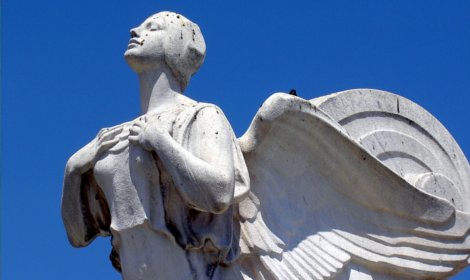 : a pilot whose aircraft is positioned behind and outside the leading aircraft in a formation.

TopGun is a movie that anyone who grew up in the 70’s and 80’s remembers well. If you’re a guy, you  probably remember it for the aircraft and flying scenes. Women remember the love scenes between Tom Cruise and Kelly McGillis. The soundtrack even starts to play in one’s head when recalling this film. There’s a quote from TopGun that for me, is the only take-away from the entire movie:

“You never, never leave your wingman”

In laymen’s terms, this is your inner circle, the group of people—family, friends — who no matter what, no matter where, under any and all conditions have your back.

Sometimes, however, a perfect stranger can catch us completely off-guard and become a wingman even if only for a fleeting moment.

I remember when I was still a student at university in Montreal, I had a “wingman instant”. I had just come back from class that evening, it was winter time and dark and cold and miserable. I was physically exhausted from having spent all day in class and the library and then trekking through the snow for twenty minutes (literally– remember this was Montreal) from campus to get to my neighborhood grocery store. My basket was amply filled—enough to get me through the weekend and early into the next week. I was being cautious about staying within my very tight “starving-student” budget. After the cashier rung up my items and told me how much I owed,  I reached into my bag to grab my wallet.

I looked up blankly at her and with extreme humiliation (I was still at that post-adolescent age where everything was embarrassing) and asked if she could set my groceries aside until I returned with the money.

A lady in her mid-thirties waiting behind me in line—without ceremony or hesitation–  handed over the cash for MY groceries to the cashier and said, “Don’t worry, it’s on me.”

I stared at her in disbelief and protested, “Oh no! Please don’t. I can’t let you do that! I just live around the corner and I can get my wallet.”

She looked like she’d just gotten off work. She was in uniform, her hair was greasy from having flipped burgers or whatever all day. Seriously. Her uniform was from Lafleur’s – a burger franchise in Quebec just up the road. I did a mental calculation and figured she’d just handed over payment for 4-5 hours of labor.

She held up her hands to my continued and insistent protests and said, “It’s okay! Really! It’s Friday and I just got paid.”

“Alright,” I barely conceded, “But please, please give me your address so I can drop the money back to you. Please!”

The amused cashier had already pushed my grocery bags away and started ringing up my benefactor’s things.

“No, I insist. It’s my pleasure and I’m glad to do it. Really.” She paid for her own food, gathered up her purchases and walked out. Just like that. I never saw her again.

I think I was too dumbfounded to even thank her. I remember standing there like a moron holding my bags of groceries wondering how on earth I could ever possibly repay this perfect stranger—my “wingman for a day”. Back then the term “pay it forward” wasn’t part of anyone’s vernacular but then and there, I made the decision to do just that.

I’ve made little “payments” throughout the years whenever the opportunity arose. Once in New Rochelle where we used to live, I walked into a Habitat for Humanity charity shop because something in the window had caught my eye. I entered to find a mother and her daughter discussing whether they could afford a used desk and chair on display. The little girl pleaded with her mom to buy it so she could do her homework because “it’s so noisy at the kitchen table but if I have my own desk in the bedroom, no one will bother me.” The woman explained to her daughter that it was a lot of money for them right now. She told the guy at the counter she’d have to think about it and started to leave. The child  followed her mother out in accustomed resignation. I told the shopkeeper to go after them and that I would pay for the desk set. I left the money on the counter and walked out as he escorted the bewildered family back into the store.

I tell this story not to brag but to relay examples of what I now realize I look for, albeit unconsciously, in my own set of wingmen throughout my life.

In NY about 5 years ago, I was part of a huge effort to help out a family whose little boy was suffering from leukemia. Without hesitation, my inner circle was there at my side making sure every single base was covered. There was Kelly whom I’d asked to make me a “few” things for a bake sale I had planned. She worked tirelessly for two days straight and stayed up till 4am making every cake, muffin, cupcake and brownie known to mankind. Holly organized for her daughter and her daughter’s friends to raise money on their own to support the cause. Fiona and Trina who are akin to mayors in their popularity at our school – were soldiers in publicity for all my efforts. Michelle, Kristina and Eva stood by my side never once questioning my chutzpah in inflating the prices to astronomical highs (yes, I just said that) to raise as much money as possible for the family:

“Excuse me, how much is this cupcake?” asked one dad.

Diving straight in, my wingmen followed suit. In a two day bake sale we raised over $12,000.

Here in London, when I first moved back , one woman took my two younger children home with her every Tuesday afterschool so I could take my older son to ice hockey practice. By the time I returned to collect them, their homework was done, they were fed and bathed and ready for bed. Maile had much younger children at the time but thought nothing of helping me out. She’s become one of my closest friends today. A few months after my move, I met Molly who had just relocated from Michigan. Our sons were doing hockey at the same arena. Without any request from my end, Molly took over the hockey run and insisted on dropping Sebastian back to my house after practice so I didn’t have to leave the little ones for too long. She barely knew me but extended a kindness I will never forget. I sent her texts and emails asking how I could balance out the driving to which I received this reply:

“Life is not tit for tat. You have little ones. I don’t. I’m able to do this simply because I can.” Zero mention of how I might possibly drive her boys in the future. Even less ado about how I could pay her back in other ways some day.

What do your wingmen bring to the table? My wingmen have the same values and principles as me. My wingmen extend kindnesses to others with zero expectation of recognition or payback. My wingmen choose to act in kindness and grace in every situation they are faced with. Period.  My wingmen always have each other’s backs. Always.

Here’s another example. I was on a girls trip in Mallorca, Spain a few years ago. We were at a nightclub and as girlfriends do, we were dancing in a tight, “keep-outta-our-business-everyone-else” circle. Another club-goer, a woman who was high as a kite on goodness knows what, broke into our sphere and starting dancing wildly around- flinging her arms at us violently. Highly annoyed and a little inebriated herself, one of my girlfriends pushed this woman away. Hard. As in— she went flying to the other side of the room.

I remember thinking, “Uh oh. What if that girl is the here with some crazy Mafioznik who doesn’t take kindly to his girlfriend being thrown against the wall?”

We were all thinking the same but I was distracted by Tara, my very southern, very proper girlfriend and mother of five from Texas who was taking off her jewelry and pulling her hair back into a ponytail – with zero hesitation.

In her charming southern accent, she pulled up her sleeves and said, “Av nevuh been in a faht in awl ma lahf but you nevuh, evuh leave yawr wingman and I’m nawt about to staht now.”  And I kid you not, she put up her dainty little dukes– perfect French manicure and all– and placed herself in the fight position.

Our wingmen are our soldiers who fight for our causes and stand by our sides in celebration and crisis. They are there at our marriages, the births of our children, Bar Mitzvahs (!!), and even more so when trouble strikes or through the dissolution of those marriages. They are there simply when or because we’re just having a hard day.

I mentioned in my last blog that my sister is suffering from pneumonia. A few days ago she was admitted to the hospital because her condition has worsened. My other sister, who is thankfully now at the tail-end of her recovery from the same illness is hosting Thanksgiving this year with her husband’s family descending upon them from Toronto. No one is at a 100% .

I’m helpless from this end in London. And yet I’m not. I’ve got my wingmen in NY, you see.

Yesterday I got a phone call to confirm what I knew would happen once my girlfriends had been apprised of my sisters’ situation. My girlfriend, Fiona, told me she simply needed my permission to disregard my sisters’ insistence that they were fine and needed nothing. On Thanksgiving morning, she will drop off the fixings for Thanksgiving dinner- salad, stuffing, cranberry sauce, green beans, cornbread, pies, etc.  Post-holiday, I know I can count on them to check in and continue their support.

My sisters are down. My wingmen have rolled up their sleeves and assumed the fighting the position.

So Turkey Time it is and boy do I have much to be thankful for.

“Thanks” and “Giving”. Perhaps my two favorite words in the world.

I am thankful for the giving that is paid forward and backward and forward again to strangers and loved ones. I’m thankful for the inner circles that carry through these favors without question or hesitation. I’m grateful for family and friends who live their lives in grace and kindness. I’m grateful that I am surrounded by beautiful souls whom I am blessed to call my wingmen. And while I’m thinking about it, it’s pretty poetic that the visual one gets when pronouncing “wing” and “men” is that of angels.

3 responses to “turkey and wingmen”