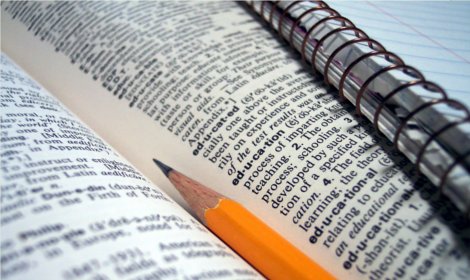 “the most wonderful time of the year”: an expat’s back-to-school

For several years running Staples, a huge American office-supply retailer, ran a back-to-school commercial that I’ve always found hilarious. Set to the Christmas classic, “The Most Wonderful Time of the Year”, recorded in 1963 by Andy Williams, a mother pushes a shopping cart, dances a zippadeedoodah jig and squeals in absolute delight as two despondent kids drag their feet in reluctant pursuit.

You know why that mother is so bloody happy that her kids are going back to school? Because she is not an expat having to start her life again– that’s why.

Her kids are already settled into, no doubt, the “best school district in North America,” (insert town of your choice here). She, unlike the expat who has just arrived on first or new assignment, or repatriated to her country of origin, isn’t surrounded by boxes piled to the ceiling in a house or apartment of a town she is just getting to know; or sitting in corporate housing waiting for the container to arrive with all the family’s personal effects.  Or, she’s already moved-in, unpacked everything and hung the last painting.

The latter just might be the worst because that mom no longer has the distraction of the physical logistics of moving. Unlike the Staples mom, she gets to sit at her newly set-up desk in her new abode, open her social calendar and see page after blank page of zero social engagements—no get-togethers with friends, no lunches with loved ones, nothing.

Sure, there are other distractions when they kids are away for the day– school and class coffees but that is pure child-centric “the business of being a mom” stuff where you have to be “on”. Doesn’t count.

When I first arrived here in England way back when, I attended an orientation for new parents hosted by our school’s welcome committee. The lecture was given by a former school parent– a psychotherapist who specializes in the emotional effects of international relocations.

Kind and compassionate, she talked about the loss of identity we feel when we arrive at the new assignment – that wherever we’d just moved from, we were well-known to others. She said that the faces of our families and friends are the “mirrors” to our own emotions. When we see someone we know and love, we mirror those feelings back to them but now in in this new place, we realize that as friendly as everyone is, there are no mirrors.

The therapist recounted her own pain and experience in leaving behind her daughter on the first day of college in the States. She described needing to make her daughter’s bed for the very last time – not for her daughter, but for herself. From campus, she, her son and husband headed straight to the airport to board a plane for England. They cried the entire drive.

Something in her manner combined with the atmosphere of all those fragile faces actually set off silent whimpers and in some cases, audible sobs from around the room. It felt like were all on a leaking dinghy – a bunch of strangers who had just lost sight of shore. No one knew anyone well enough to comfort anyone else in the room. Gawd that day sucked.

Afterward there were breakout sessions where we sat in groups. I should note that I have a bizarre aversion to forced audience settings (with the exception of theatres) so seeing chairs set up seminar-style for the orientation had already made me apprehensive. Seeing chairs arranged in cozy circles for the breakout session practically made me hyperventilate.

I tried to escape on the pretense that I was just going to use the ladies room but a sweet-faced mom stopped me and pointed to the orange dot signifying what group I was in on the name-tag announcing enthusiastically: “Hello! My name is Catherine Zinger!” (Name-tags too. Not a huge fan).

“We’re in the same group,” she said with a friendly smile. “Shall we find the room together?”

So there I sat, support-group style, in a cozy circle with other women just like me sharing our newbie experiences of being newly-displaced once again.

It wasn’t the women (many of whom I befriended). It wasn’t the therapist. It was me.  It was the very first day of school and I was raw. Emotionally, I was in a shitty place and found the whole thing a little too “kumbayah, touchy-feely, shrink-wrappy.”

But (!) I was grateful that our school did this—goodness knows all schools everywhere should have hug-fests for anyone new from anywhere– and not just expats.

That same therapist incidentally, was here again last week hosting another orientation for returning families. She brought up cases like mine. That’s “the expat who’s been left behind.”

In her signature comforting way, she brought up the idea of having reached the pinnacle of finally feeling fully settled as an expatriate —“the Pot of Gold.”

“You’ve been in one place for several years. You know your way around. You’ve made a great set of friends.”

Yes, it’s true that we all once believed that if we attained all the expat benchmarks — settling in, acclimating to the local culture, mastering the language, and making a great set of friends, then we’d hit the jackpot.

The thing is – what makes anything in this lifetime valuable and worthwhile? Relationships. What else matters? You make friendships of a lifetime as part of a cool assignment and you are on an expat high. But then one-by-one those friends are re-assigned and they leave.

So yes, you know the lay of the land and maybe speak a new foreign language and are able to barter like no one’s business at the local flea market but when the relationships you’ve formed are gone, that doesn’t leave you with much. One day you look inside that  “Pot of Gold” and realize your pot’s empty. Your closest friends are gone and you’re one of the last few standing.

I personally have been stripped raw of just about every close friendship I’ve formed here. I’ve actually built quite a reputation as the girl who’s been left behind—kinda like the school’s very own “town freak.”

Backs hunch over, hands cover mouths surreptitiously and voices are lowered as my name is mentioned. “Catherine Zinger? She’s THE ONE who lost ALL her close friends a few years ago in one fell sweep!” (Depending on whom you talk to, that number ranges any where from 3 to 14).

I was out the other night when the topic came up of how very few from last year remain. Someone said, “I don’t know anyone who’s had it as bad as you, Catherine!”

Yep, my expat “FDR” (friend-desertion-rate) is the stuff of legend.

As a matter of fact, last week I received a text from my very last expat “stronghold”— Tracey, a girlfriend and “lifer” who has come to consider England her home. She was due back from the States imminently and I planned on  commiserating with over the recent loss of very, very close friends to an assignment in California.  Her message read simply, “Call me. Big news.”

In the rest of the civilized world “Big News” means the following: In your twenties- you’re getting married, announcing your first child or the purchase of your first home. In your thirties you’re having subsequent children or upgrading to a better house. In your forties it’s either a huge promotion or divorce.

In the expat vernacular “Big News!” means “We’re moving.” (Note the absence of an exclamation mark).

For me, Tracey’s text meant simply “Another one bites the dust…”

I should have seen it coming. She’d just bought a new house. For some reason buying real estate locally almost always jinxes you to get re-posted within six months. I know this because it’s happened to me. Twice.

I bet Miss Happy-Happy from the Staples commercial has friends she’s having lunch or dinner with in the near future. If I were her, I too would be doing a rolling stop at school drop-off. My commercial would have me in the car selecting my boyfriend’s sweet sound (that would be John Mayer) on my iPhone, turning up the volume and driving merrily away into the horizon.

Alas no. Here I am for another year running of “The Great Unfamiliar Familiar.” I know the lay of the land and could find my way around the King’s Road in London’s Chelsea neighborhood with my eyes closed and yet with just about every one of my closest friends going…going…gone (!), I’m back at square one having to start again.

The two most prominent constants in an expat’s life are change and transition — year after year. For those of us with kids in school, whether Newbie or Lifer, every September means re-booting and hitting the “control-alt-delete” button.

I think of all the new kids and their families — displaced all over the world in new cities, new jobs, new schools putting on brave faces every day over these next few weeks of back-to-school. Yes, it’s new, exciting, etc. – especially if this is your first assignment. Eventually though, even “new” gets old.

So (!), do I whine and wallow in my own self-despair? Believe me, I’d really like to at times. There are moments when I can be a veritable champion at hosting my very own pity party where I am the one and only guest.

Do I envy the people who stay put in one place all their lives? Sometimes, yes. I see FaceBook photos of my old classmates from high school and I marvel at how they’re able to play such an integral role in each other’s daily lives. Must be so lovely….

My girlfriend, Fernanda, told me a Spanish expression— “Para atrás ni para agarrar vuelo” — “Don’t step back, even if it’s to get a running head start”. Ultimately, it means look forward. Look only ahead.

Dr. Seuss coined it beautifully: “Don’t cry because it’s over. Smile because it happened.”

Thus, difficult as it is, I’m putting myself out there again and accepting invites to coffees and lunches and most definitely, cocktails—Monday, Tuesday, Wednesday, whatever. It’s not about desperately seeking out a new BFF. My world-wide “Pot of (girlfriend) Gold” is amply stocked.

It’s simply acknowledging that while I may have fallen off the horse and am still grieving the absence of my wingmen throughout the globe, I can stand up, brush off my knees and get back in the saddle again.

And lest I forget, at one point in time, I too was new to this game.

I even did a mass email-blast proposing a cocktail evening at a local watering hole in a couple of weeks. Someone else had to send it out for me, mind you. If I count absolutely everyone I know from the past five years who hasn’t left, that should put about nine of us there.

Actually, now that I think about it, it was at the first girls night out (GNO) that I co-hosted four years ago – on a school night– where I met some of the most amazing women I know.

And hell, were it not for this beautiful, blasted, blessed nomadic existence, I would never have met those golden souls in the first place.

Come seek me out. I won’t be wearing a name-tag but it should be easy enough to spot me. I’ll be the town freak sitting in the corner with the big-ass cocktail…;-)

24 responses to ““the most wonderful time of the year”: an expat’s back-to-school”