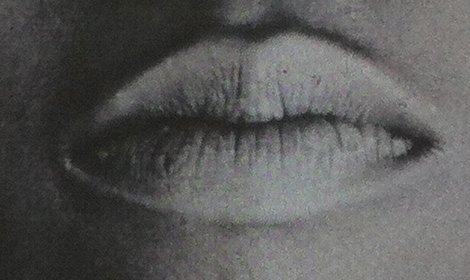 nothing of note here is except that apparently, I am a harlot

My closest girlfriends and I are separated by an ocean and spread across several time zones so to stay in touch, we’ve created a group on Whatsapp (there are 8 of us on it) where just about every day, we check in with each other and send supportive “girlfriend stuff” — things like, “Hey! Do we like this or should I return it?”, questions about what to do with our (fun!!) teens, recounting of things that made us laugh or cry (see reference to fun teens), deep quotes, shallow quotes, dirty jokes, highly inappropriate Pinterest pins that we love but don’t dare post publicly (because our mothers are still alive and would kill us for being so unladylike) and unintelligible texts that look something like this: “Wow. I VOVeL cosmoos. I’ve had five. Maybe 3. I stopped countng at 6. and I am NOT drink. druk. drunk. f*ck.” Then the next day whoever sent that text will send a selfie of her hungover self in sunglasses. It’s like our own private Facebook without the photoshopping. No photo nor language filters necessary.

Last night, before going to bed I sent them this and M told me to post it so I am:

IF I had written a blog post today it would have gone something to the effect of:

Today I f*cked away my day with stuff that isn’t even worth the energy I expended on keying in these words to detail. Although (!!) I did write ONE potentially thought-provoking sentence for a post in an essay that may or may not ever see the light of day:

“Why is it when a woman projects confidence, men applaud her for its attractiveness while other women accuse her of wearing it in vain pursuit of the real thing?”

And then I crawled back into bed to watch a period piece about the influence of a forward-thinking German physician over the King and Queen in 18th century Denmark and its court’s refusal to accept the supposedly “radical” ideas of the Age of Enlightment. F*ckers.

Interestingly, the three top movies I’ve seen over the past year are either Danish (A Royal Affair, Love Is All You Need)  or Norwegian (Headhunters). And I now have a HUGE crush on Mads Mikkelsen. Would TOTALLY do him. (sorry Mom!)

Then I had toast for breakfast at about 2pm.

The End. By Catherine Zinger.

Will try again tmrw. Hope you all had a more productive day than me. I’m *confident* you did.

T suggested I check out the Blogesse’s latest post entitled “F*ck You, Ms. Johnson” because it would seem I’m not the only writer suffering from this insufferable malediction – this completely debilitating (fiction) writing paralysis!!!

I adore The Blogesse’s writing and scrolled down further to find this amusing image. Yes, I’m totally copying her:

So I picked up the book assigned for my Fulham book club The Forbidden Zone, by Mary Borden which I haven’t read yet because I’ve been SO busy doing nothing of note, unless you count my yoga pants piece in The Huffington Post last week.

She is a harlot in the pay of War, and she amuses herself with the wreckage of men.

I should probably leave it at that then, but I can’t. If anyone out there knows Mads Mikkelsen, would you mind introducing us?  😎