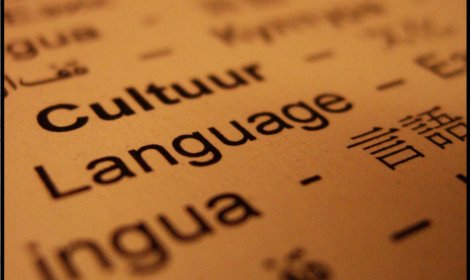 on a valuable lesson learned from a famous french designer: let’s just assume…

What happens when we make blanket assumptions about an individual or situation? What lessons do we learn when we assign a prejudgment based exclusively on the information initially presented before us, interpret what is “not said” and choose not to read between the lines? What opportunities do we miss out on?

Here’s a personal anecdote that I’d like to share on a new theme I’m exploring- namely, assumptions.

In the summer between my 1st and 2nd year at McGill, I worked as a hostess in the formal restaurant called “The Dining Room” of the Beverly Wiltshire Hotel in Beverly Hills (now a Four Seasons property). The film “Pretty Woman” made this particular hotel famous. I saw a job there as a great way to meet interesting people and earn money over the summer before heading back to school in Montreal in the fall.

To get that job, I’d interviewed with all the usual suspects in a hotel setting – the HR director, the restaurant’s two managers, the Maître d’Hôtel, and most importantly, the venerable and very intimidating Director of Food & Beverage– a French gentleman in his late fifties with old-fashioned spectacles, a tailored suit and a cartoonishly elitist demeanor.

Since my resumé listed French under “Languages Spoken”, he conducted the entire interview in his mother tongue—no doubt to throw me off my game.

I liked him. I’ve always had an affection for people who play by their own set of rules. He liked me well enough to overlook one of the major sticking points and hesitations the hotel had in hiring me.

I was weak in the “celebrity recognition” category — a “must have” when you’re working in the hospitality industry in that town. I was the sort of student with her nose in books most of the time. This was well before the web’s instantaneous “look who’s doing what” proliferation of news— waaaay before Al Gore had invented the Internet.

Several weeks later, and when I’d become familiar enough with my new job, a well-dressed guest approached me at the hostess stand and asked to book a table .

“Of course, Sir.” I said with my pen at the ready and positioned over the leather reservation book. “For what time and under what name?”

He looked me over, determined that he was speaking to an 18/19 year-old  girl of visible ethnic descent (maybe Singaporean? maybe Thai? Filippine?) in uniform who worked full-time as a restaurant employee and might, if fortune saw fit, someday work her way up the hospitality ladder to restaurant manager.

Since in his estimation,  there was no way this girl before him knew any French, he over phoneticized his answer with greatly exaggerated endings. By performing this necessary exercise, he would ensure that I would include the last consonant when spelling each word he was about to pronounce.

“It’s for eight o’clock this evening.  The name… are you ready? The name is EeeeeevZAH SainTAH LaurenTAH.”

I, in turn, looked up at this gentleman who possessed an odd European affectation. I ascertained that HE was clearly delusional and someone who 1) was entirely of the conviction that he was a famous French designer and 2) had a serious elocution impediment- to the degree that he couldn’t even pronounce the designer’s name correctly.

My hesitation and delay in writing the reservation down confirmed, for this guest, that his instincts were correct. The ignorant girl in front of him was too slow, too stupid and quite possibly, partially hearing-impaired to process all this information simultaneously.

The gentleman repeated with even greater condescension and volume, “Did you get that, Miss? EeeeeevZAH SainTAH LaurenTAH!”.

By now convinced that this imposter was beyond repair, and knowing full-well never to offend a guest, I replied to him patiently while withholding my disdain.

“Yes, Sir. EeeeeevZAH SainTAH LaurenTAH”—cringing (almost to the point of physical pain) at the thought that in order to make this ridiculous booking, I was forced to perform a linguistic massacre on my beloved second language.

He was visibily relieved that he’d completed the arduous task of making a restaurant booking with an intellectual light-weight.

As I watched him walk away, I was relieved that I no longer had to deal with a poser.

That evening after work when I got home, I kicked off my heels and sat down to one of my guiltiest pleasures as university student—a Vogue magazine. I LOVED the fact that for an entire summer, I didn’t have to think about research papers or academic assignments.

I was leisurely flipping through Vogue’s pages when something stopped me cold– an article on the famous French designer, Yves Saint Laurent.

My jaw dropped. There staring at me sternly from a black and white photo was the very gentleman from earlier that day – same longish seventies-style haircut, same horn-rimmed glasses (which I now know were his trademark looks).

To this day any reference at all to Yves Saint Laurent makes me smile and then laugh… at myself.

Were it not for our collective false assumptions about each other, YSL and I both couldAH, wouldAH, shouldAH….

3 responses to “on a valuable lesson learned from a famous french designer: let’s just assume…”