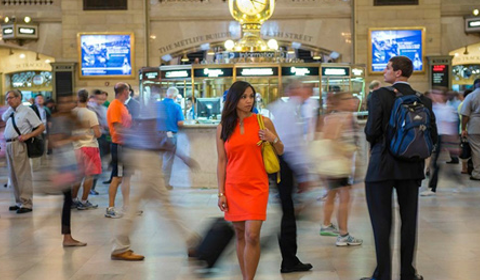 My beautiful (very beautiful) Mexican friend, Valentina, called me a few weeks prior to a long-planned girls trip to Vienna—which I just took the beginning of last week.

“You know, I’m not sure about going because Tessa has planned for everyone to go to the opera and I HATE the opera. You may as well shoot me in the neck!” she put forth with her charming Latin accent.

I consider this. Our friend Tessa is a theatre buff and is always in London with her family seeing the latest play or musical. She knows her stuff but she’s never been to the opera and wants to experience it properly. And what better place to do this than Vienna’s renowned Opera House?

Still, I’m not that magnanimous. Back in college in Montreal while other students went to Peel Pub on Friday nights, Nerdo here saved her pennies to go to every opera and ballet I could afford.

I LOVE the ballet—would go everyday if I could. My roommate at the time, Sylvain, agreed that we’d be “theatre buddies” and would accompany each other to our arts of choice— he to be tormented by my affection for dance; me to be tortured by his love of singing.

I’ve heard and seen enough opera to determine I’m just not that into it—Rossini, Mozart, Bizet. I’ve sat (okay slept) through Wagner (yuck), Puccini (snore) and Tchaikovsky’s composition of Pushkin’s Eugene Onegin –the opera AND the ballet from the nose-bleed section of Montreal’s Place à l’Opéra. Simon and I even have a family friend who is a gifted opera singer. I like watching her do her thing. I’m just not keen enough to watch opera at the macro level.  I’m not that sophisticated. I prefer milk chocolate.

So I make a plan to ditch my friends in Vienna while THEY get their cultural fix.

“Well you don’t have to go to the opera!”  I insist to my Latina friend. “Stay with me! I’m opera-ed out. They can all go and we’ll hangout at the hotel bar until it’s over.”

“Pero CATAreen,” she says patiently, like she’s talking to a child who is struggling with a word problem in math. “You already bought the opera teeckets! It was in included in your treep package! You have no choice. You have to go!”

Silence from my end.

“A lot. You could buy a nice pair of shoes,” says Valentina laughing loudly now.

“And which opera am I seeing?” I ask in disbelief.

“Okay, tell you what. Book your trip and come with me. I’ve seen it before. We’ll sit through the first two acts together, then we’ll leave at intermission. Tessa and the rest of them can stay as long as they want”

“Aber CATAreen, NO. I will not go with you to the opera! Not even for two acts. No. Eeet’s torture!”

Overall the place is beautiful– gilt without being overdone and majestic without being gaudy. The main hall is archways, domed ceilings and grand staircases in cream marble and gold molding. Inside it’s plush red and more gold with private boxes and balconies rising all the way up to another domed ceiling.

Looking around, Carrie and I recall the theatre scene from Inglorious Bastards with Brad Pitt. I envision Adolf Hitler seated in one of the boxes and ascertain where the fire exits are. I take in all the other patrons and determine that my girlfriends and I have just brought the median age down by about twenty years. Beating this crowd to the exits − with their wheelchairs, canes and bionic parts− will be nooo problem.

We quickly settle ourselves into our seats—we are the very last ones seated in the entire opera house because two of us insisted (not saying who) on having something to drink at the bar beforehand even though the warning bell was on its third and final call. We didn’t even make it to coat check and reluctantly handed over our coats to  the young valet girl who ushered us to our seats in a Germanic panic (being late in this part of the world is a serious faux pas).

Act 1: I pull down the little teleprompter thingy that translates the dialogue and adjust the settings to English. My girlfriends follow suit.

It is 1830 in France. Rudolpho sings about being poor and cold with his buddies in an attic in Paris’ Latin Quarter. They are all artists and writers but have no money to blow on firewood so they burn their manuscripts.

Carrie, who is seated next to me, taps me on the shoulder and wonders out loud why they all have Italian names but live in France. Good question. I make a mental note to myself to check out Wikipedia later.

Lots of caterwauling. It’s long and torturous. The dialogue is asinine. I wish I was back at the hotel bar. I wish Valentina were here to hang out at the bar with me. About twenty minutes into it, I look over at my beloved friend, Tessa and gently nudge Carrie on the arm.

“Look at Tessa,” I whisper.

Sweet, curious Tessa-The-Theatre-Buff who wanted to be here more than anyone– who wanted to experience the opera in it’s fully glory and grandeur….is fast asleep.

Carrie starts to laugh (silently) but so hard, our row of seats actually shake.  I hold it in but contribute to the mild earthquake in row G. Ellen, who is seated next to her and between Carrie and Tessa, also very much wants to be here and loves the opera because she grew up on it. She smiles at us nervously but is obviously embarrassed by our immature behaviour.

The geriatrics seated all around us tut-tut in disapproval. Disrespectful Americans!!! How dare they!

Back on stage, Mimi enters demurely. She and Rudolpho introduce themselves for the first time. EVER. And of course, they fall in love and declare their undying devotion to each other till death do them part which is a damned good thing because I happen to know that in Act 4 Mimi is going to die from TB.

I turn to Carrie and say, “This is one of the most famous pieces of La Bohème. Recognize it?”

Carrie shrugs indifferently and whispers back with champagne breath, “Have never heard this shit before in my life.”

Act 2. They’re now all at a café/restaurant – Rudolpho, Mimi & the gang enjoying Christmas dinner. I wonder how the hell they can afford to pay for a meal out if they have to burn their manuscripts to stay warm? Whatever.

Musetta enters in all her courtesan finery and belts out another very famous tune. She too caterwauls about how she is THE business – how when she struts her stuff down the street, every man gapes and stares at her beauty. Her voice is strong and admittedly impressive, much stronger than Mimi’s and I finally resign myself to, at the very least, enjoying the famous bits of this prolonged torture.

Again I lean sideways over to Carrie and say, “Okay. You gotta tell me you at least know THIS song!”

Musetta’s “Ode to Thyself” is practically the signature piece of this opera.

My head is not actually turned toward Carrie as my eyes are focused on Musetta and how she’s faking that her shoe hurts so the rich dude she’s with will leave to get  the offending footware fixed. Musetta is trying to win back her lover, Marcello, so figures with the rich dude gone, she can focus her attentions properly on her ex-lover AND pay for everyone’s meals with Rich Dude’s money. Aha! That’s how they pay!

Now I turn my head to Carrie because she hasn’t actually acknowledged my question about whether she recognizes the piece.

She can’t. Carrie is fast asleep too.

The curtain closes, the geriatrics applause and cheer loudly with their bionic parts and my “edumacated”, culture-seeking girlfriends are roused to attention and awoken by the noise.

Let’s just say the four disrespectful American women (Ellen excluded because she would have stayed had we let her) didn’t make it past intermission. We headed back out in to the cold Austrian night and straight to a cooly underground restaurant where we had every intention of having something with MILK chocolate for dessert.

2 responses to “wiennese waltz, an opera”