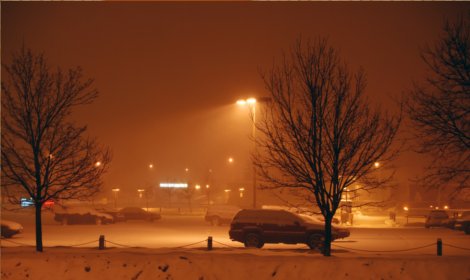 the christian thing to do

My sister “L”, who lives in Connecticut, is flat out this week with bacterial pneumonia. Fortunately, she has my other sister who lives not too far away as well as an amazing set of friends locally who check in on her on a daily basis. Her apartment is just off the Boston Post Road which serves as Main Street for many north eastern towns. It is also adjacent to The Christian Science Reading Room and until yesterday, my sister had no idea anyone ever even worked there since the place is perpetually empty.

L has been holed-up at home for a while but found the strength yesterday to drag herself out of bed in her antibiotic and painkiller stupor to answer the loud and tenaciously persistent  knocking at the front door of said Christian Science Reading Room person (let’s dub him “CSRR” guy for simplicity’s sake).

Visibly put-off at having had to wait for someone to answer the door, CSRR guy tersely informs my sister that 1) he’s finally having Internet installed (okay- welcome to the millennium TWELVE YEARS LATER) 2) the cable guy needs access to the side of the building 3) my sister’s car is in the way and 4) could she move it across the street so the cable guy could do his work.

Although my sister had yet to finish recounting her story, I was already smirking in anticipation of what the poor dolt had coming to him.

She informed him that her car was “Not in the way. It was parked in her driveway. She explained about her suffering from an acute case of pneumonia and asked if he would be so kind (and Christian!) as to move her car for her if she handed him the keys. ”

Mr. CSRR said he couldn’t leave the shop (I would normally insert a bitingly sarcastic comment here about the non busy-ness of his habitually empty shop but I’ll refrain lest I distract from the story at hand) and walked off.

Enter Mr. Cable Guy. He politely made the same request of L. She in turn asked again for the favour of moving her car for her. Cable Guy explained that for employment contract and insurance reasons- blah, blah, blah– he couldn’t do that.

Almost 45 minutes later and after struggling to get on her coat and boots and with a great and labored effort, L slowly made her way outside, cleared the snow off the windshield (it was just snowing in the North East) and moved the car in the space right in front of the Christian Science Reading Room.

Frankly I was surprised L had obliged at all because I would have gone back to bed and pretended it was a bad dream but being ill does funny things to the brain.

Mr. CSRR came running out of the shop to protest, “No! No! No! I told you to move your car across the street.”

With the last of dregs of strength my sister could muster, she carefully descended from her SUV, locked the door, checked the lock manually, turned around slowly, looked CSRR guy in the eye and said “Jesus Christ told me to park here.”

3 responses to “the christian thing to do”