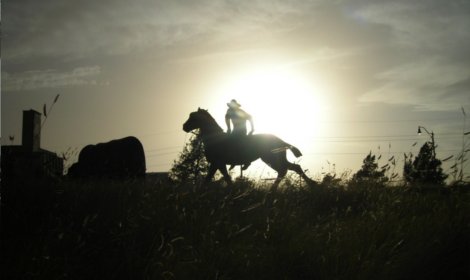 TERMINAL 5, LONDON HEATHROW — So apparently I talk a lot.  I already new this but I must have bypassed the benchmark of chattiness I’m usually known for– which is already fairly high.

Sime and I are on our way to Istanbul for a DW (Brit speak for “dirty weekend”.  The kids are still with their grandparents in Southern California) and as we’re walking through the airport I make observations about absolute everything (according to Simon) that’s happening around us starting from the laborious process of making it through security.

“Ughh!! The smell of jet-fuel oil makes me downright nauseous,” I say as I bend down to strap my sandals back on after clearing the metal detector.

Then as we go to exchange British sterling for Turkish lira, I wince and whisper maybe a little too loudly, “UGGGH! Someone has seriously intense BO.”

“I can’t stand the perfume section of Duty Free. I find the fumes over-powering,” – I note with wrinkled nose as we weave through the store where Sime introduces me to Hugo Boss’ newest scent.

My olfactory sense is obviously my strongest one.

Passing Gucci and Prada I gasp, “Wait! Did I miss the July summer sales? How did that happen?” [note: shopping at Terminal 5 is arguably some of the best in London]

And finally, “Is it me or is it quite cool in here? Maybe I should have packed a light cardigan.”

Sime, who isn’t much one for small talk on a good day and hasn’t said a word since clearing security, looks over at me in mild exasperation and chuckles to himself as we ride up the escalator. He says that I should record all the things I’ve commented on in the past 10 minutes then repeats word-for-word each statement I’ve made since arriving at the airport. “You sounds like a New York yenta* on steroids.” [*Yenta- Yiddish female name which is used generically for an old gossip]

I must look hurt because he immediately comforts me with, “But it’s sweet! I love your observations! They’re just very funny- a string of whatever comes to mind on anything and everything you see. I find it very entertaining.”

I’m not sure I buy his attempt at placating me so I pout in silence.

By now we’ve reached BA’s business class lounge. Just behind the check-in podium are magnificent larger-than-life sculptures of horses- majestically flanking either side of the entrance. They are huge. HUGE. And beautiful –carved expertly out of smooth, black stone — honed to a matte finish and positioned in a stance that makes them seem almost regal.

“Ooooh!” I exclaim in awe — no longer able to keep my 30 second vow of silence as Sime walks past them indifferently. “Don’t you just want to mount these things?”

Simon actually stops and turns around. He cocks his head to one side and looks at me with bewildered incredulity. His mouth parts to say something and his index finger comes up to make a point but he changes his mind, drops his hand and just shakes his head as he turns forward to walk ahead.