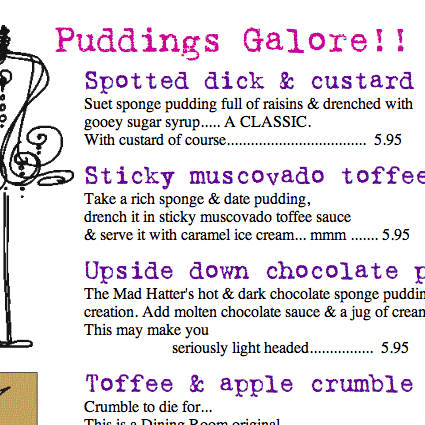 on “fags”, “Tits”, and getting “knocked-up” by your neighbour: an American expat’s anthropological observation of the British vernacular

Sundays in my world out here in the London suburbs are on the football pitch (soccer field in American speak). As I stood there watching my son’s game this past weekend, a dad smoking a cigarette whose phone kept ringing said out loud to no one in particular, “What does a bloke have to do around here to enjoy his fag in peace?!”

Winston Churchill famously once declared, “Americans and British are one people separated only by a common language.”

Indeed. To the American puritanical ear, many expressions employed in England today might be interpreted as a rebellion to eras past of sexual repression.

But perhaps I’m over-analyzing things… Maybe it’s just my American puritanical ear that gets an immature, potty-minded kick out of how a people stereo-typified as “stiff upper-lipped” manage to pepper a good deal of their language with sex or sexual references, intentional or not.

In case you didn’t already know, a “fag” in British English is a cigarette. When we were doing renovations on a house in London almost ten years ago, we had builders coming and going everyday. The first time one of them asked if they could “step out for a fag”, I said gravely, “Listen, your personal life is your own and none of my business but if you’re planning on pursuing anyone, I’d prefer that you do so on your own time. And p.s. in San Francisco where I moved from, we don’t use that term.”

Ever see grown men fall on the ground laughing? Well if you do and are lucky enough to witness their pants (not to be confused with “trousers”) descend so you see their butt crack, just know it’s called “Builder’s Bum” in the UK – what we Americans lovingly refer to as “Plumbers Pants”.

And when the Brits say “pants” what they really mean are “knickers” (underwear in the States). If they’re posh or going it old-school, they refer to undergarments as simply “unmentionables” – you know, the things you need to pull down for when you “spend a penny” (that’s posh for “pee”).

And speaking of unmentionables, there’s this thing that the British do on the soccer field (no, not urinate), that as an American, I still find curious, if not altogether amusing. When a player gets tripped up or say, misses a goal, the British will clap politely and say, “Unlucky! Unlucky!!”

Americans don’t use the word “unlucky” –in sports or otherwise or ever. We’re far too superstitious. Some of our buildings don’t even have a thirteenth floor. The very idea of shouting “unlucky!!!” enthusiastically to anyone at anytime, let alone to a sports team would raise some serious eyebrows on the other side of the Atlantic.

Americans would say that the use of this term is “just plain wrong”.  For their part, the British might employ the expression, “It’s just not cricket” to mean the same thing.

But it goes both ways with words Americans employ that horrify the British.  Americans freely use the word “fanny” to mean bum/buttocks/ass. “Fanny” in Britain has the same vulgar gravitas as the “c” word in America. Actually, the British use the “c” word far more freely than the Americans would ever dare to imagine. My posh English girlfriends unapologetically refer to a former male British Prime Minister by this four-letter moniker.

The British are a little more creative with descriptions of madness. They might determine someone to be “6’s and 7’s” or on “half a ticket” or perhaps even “a few sandwiches short of a picnic.”

When things end up a bit more complicated than expected, most likely as a result of someone “faffing about” or “dillydallying” (a term my kids were convinced I’d made up myself), things can become quite a “palaver!”

If things go awry, it’s not the law of good ol’ “Murphy” but “Sod” who gets the credit. And when they do (go wrong , that is), they go “pear shaped” in this country. When things go very wrong, sexual terms come back into play– they’ve gone “tits up” and as a result can be an absolute “cock-up” – a favorite expression of Boris Johnson, mayor of London.

Professionally, a cock-up can result in one being “made redundant” (that’s laid off) and then one is forced to go on “gardening leave”– because if you’re not working, you’re obviously gardening.

I personally like expressions having to do with relationships. In the States people with clashing personalities are like “oil & water” but over here they are “chalk & cheese”.  That’s not to say that they can’t still “get on like a house on fire” despite the occasional and very much expected “argy bargy” (lively and animated discussion or dispute).

Victorian sexual repression or phallic symbolism comes up fairly often in modern-day British English.  With anything new—be it a job or a relationship, for example, one just needs to “suck it and see”.

Jerks/assholes are considered “wankers” (in cockney rhyming slang, it’s “merchant banker equals wanker”)– a verbal description often harpooned aggressively between irate drivers. Men may “wank” (figure that out for yourself) but women can go out for a proper ladies lunch and get “absolutely wankered” (read: inebriated).

People are not “smart” over here either. “Smart” is how one is dressed (for occasions like lunches where they get wankered). “Clever” implies you’ve got it goin’ on upstairs. Example sentence: “Catherine may not be very clever when it comes to working out fourth grade word problems in math but can look smart whilst doing so.”

And speaking of looks, the British sometimes use the same terminology as descriptors of different physiological areas.  “Bits” for example, are ascribed to private parts and are not to be confused with “wobbly bits” or extraneous skin which can certainly be related to but not necessarily have anything to do with ones nether-regions.

Arm fat (!) could also be considered “wobbly bits” or “bingo wings” – which is truly pejorative. If any part of one’s body other than arm fat is described as a “bingo wing”, then it would be entirely appropriate to accuse the offender of having committed a serious cock-up and thus perfectly reasonable to refer to said offender as a wanker or even recycle the term used by my girlfriends in reference to former, inept British Prime Ministers.

But enough about bits…do you know what is considered “gorgeous” over here? Food. Not so in the States. My friend Tara’s son, who has spent much of his childhood here in England, was out for dinner with a friend in Texas. He called his steak gorgeous. His friend said, “If you ever call food that again, I’m going to have to kick your ass.” I almost ordered a gorgeous “spotted dick” the other night for “pudding”. In the end, I decided I didn’t fancy the idea of cooked currants in my cake.

As to the title of this essay*, “fags”, “Tits” and “knocking up” one’s neighbor— there is nothing at all sexual about any of these terms. Fags, as I mentioned are cigarettes, “Tits” is a blanket ornithological description applied to the wide variety of birds found in a typical English garden, and “knocking someone up” is a British expression for going over to say hello.

Think I’m full of it? Then it’s entirely your prerogative to dismiss this essay as pure “piffle” or “utter tosh”.  If anything, I’m the type of person who loves to “take the mickey”   😉

* with special thanks to my dear friend and partner-in-crime, Molly, for compiling this list of British-isms throughout her sojourn in England

7 responses to “on “fags”, “Tits”, and getting “knocked-up” by your neighbour: an American expat’s anthropological observation of the British vernacular”