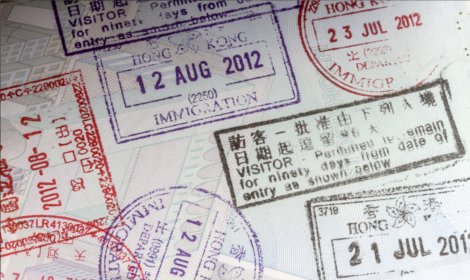 1968. It was 1968 when my parents applied for Landed Immigrant status to the United States and Canada at the same time. In 1971 my parents with me and my brother in tow, arrived in Canada directly from the Philippines. It was Canada who took us in first. In Vancouver we lived in relative “whatever” until 1988 when we received a big bulging, brown envelope in the mail from the US government. They had finally (!!) processed our application – twenty years later– allowing my family to immigrate to the US legitimately.

And so here I am – an American expat. Like just about every other expat, I head home for the holidays—home being the United States of America. I used to smirk at the pretentiousness of the question, “Where do you summer?” When on earth did summer become an infinitive?

So tonight on the eve of the holiday which marks our independence from the former empire where my family currently resides, I’m reflecting on everything that makes this country so different from any other country on earth—the one country that people queue in line (for twenty years!!!) to try their hand at living the American dream.

There are so many different sides to MY America– in this case my American summer — which is different to other people’s experiences and therefore in and of itself so American in its ubiquity.

MY American summer is an immigration officer who greets me and my children at US Customs with barely a smile then coldly processes our passports (at this stage I’ve become quite adept at travelling without my husband so this is a procedure we do alone every summer). With the last thud of his rubber stamp declaring our return, the immigration officer looks up and starts telling us about his vacation last week in Mexico, how he went with his family for the first time and forgot to apply sunscreen, how he got burned (then lifts his shirt to show us said sunburns) and how he was surprised that this even happened given that it was overcast there. Then he hands back our passports and with a smile of genuine American friendliness says, “Welcome home, folks. Have a good one!”

MY American summer is a day on the boat with my good friends who treat my family like their own – to the point where my girlfriend’s husband has no qualms about bickering with me even though we haven’t seen each other in a year. It’s lunches at places where all they serve is chopped salads (literally) and my girlfriends who are notoriously late actually show up on time for the first time in their lives. Ever.  And then give it to me for being late.

It’s 24-hour air-conditioning, diners, any type of restaurant at any time of day, frozen yogurt places where there are true-blue American flavors like Red Velvet and Betty Crocker Cake Batter.

It’s traffic cops who stop all traffic so you can cross the street diagonally (hell, you can cart-wheel across if you fancy).

It’s Bloomingdales where you take your supposedly full-priced items to the register only to discover that today they’re taking off forty percent and just because you’re you, they’ll knock off an additional twenty. If someone did that to me in Paris, I swear I’d pass out from shock.

And speaking of Paris, MY American summer is recalling when we’d come back to California  from France just for the summer. My son who was only about four at the time and accustomed to the lax attitudes towards nudity in Europe, stripped off all his clothes and tore down the beach as naked as the day he was born. I thought nothing of it. My father-in-law, however, knew that this would NOT fly with American puritanism.

MY American summer is remembering his voice trailing into the distance as he madly chased after my naked little boy down that beach screaming my son’s name then, “NOOOOOOOOOO!!!! This is Americaaaaaaaaaaaaaa!!!”

Happy July 4th. May it be the celebration of your very own American dream.

2 responses to “america the beautiful”